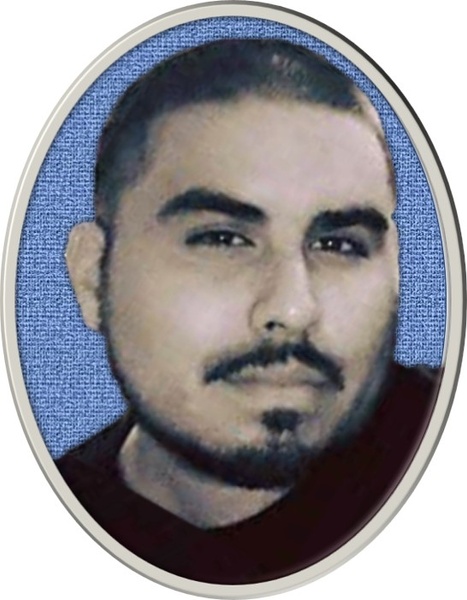 Steven Elizondo, 35 was born on a Saturday morning on January 31, 1987, in Dallas, TX and was called home to be with our Lord and Savior on June 3, 2022, in Houston, Texas.  He was preceded in death by his maternal grandparents, Alonzo & Herminia Gongora; by his uncle George Gongora; also, by his cousins Jonathan, Isaiah and Sarah.

Steven leaves behind to cherish and treasure his memories his children, Israel & Ariel whom he adored, and they adored him; his mother, Nelda Gongora & Fiancé Victor; his father Robert Elizondo; his paternal grandmother Lucia Olmos; his brother Rudy Juarez; his sister Lisa Garcia and husband Arthur; his nephew Matthew and his niece Annalise.  Steven is also survived by numerous aunts, uncle, cousins and a host of great friends.

Steven graduated from Jersey Village High School in 2005.  He went on to trade school to pursue his career in manufacturing.  He became a great machinist and later a Quality Inspector.  He was a perfectionist in whatever he did and took pride in his work, he never liked a job half done.

But Steven’s real passion was his music.  He always talked about sound production, he was self-taught and became an excellent sound producer and regularly recorded his friends and produced their music as a hobby.  He would produce, write his own lyrics and sing, he was talented in everything he did.

Steven had the biggest heart and never said no to anyone who needed his help.  He was such a jokester, he always had you laughing, never a dull moment with him.  He loved watching stand-up comedians.  He was also a fan of Marvel Comics and the superheroes.  Her was loved by everyone he met; he always left a lasting impression on you.

We will all miss him dearly but know one day we will meet again. He is our angel now and will be watching over us.

May God bless you all.